The security domain entails both physical and digital security, with both domains becoming more intertwined in recent years. The advent of the digital age has introduced a number of security challenges that used to be virtually unknown; everything and everyone is connected, which makes it more crucial than ever to prevent malicious actions, both in the physical and in the digital world. 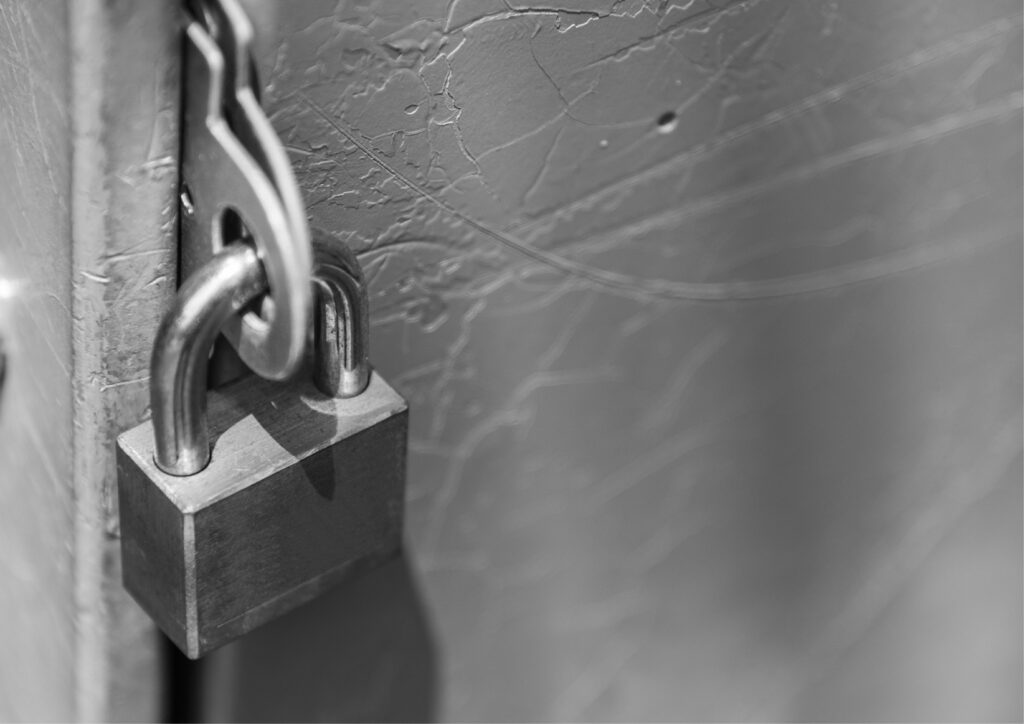 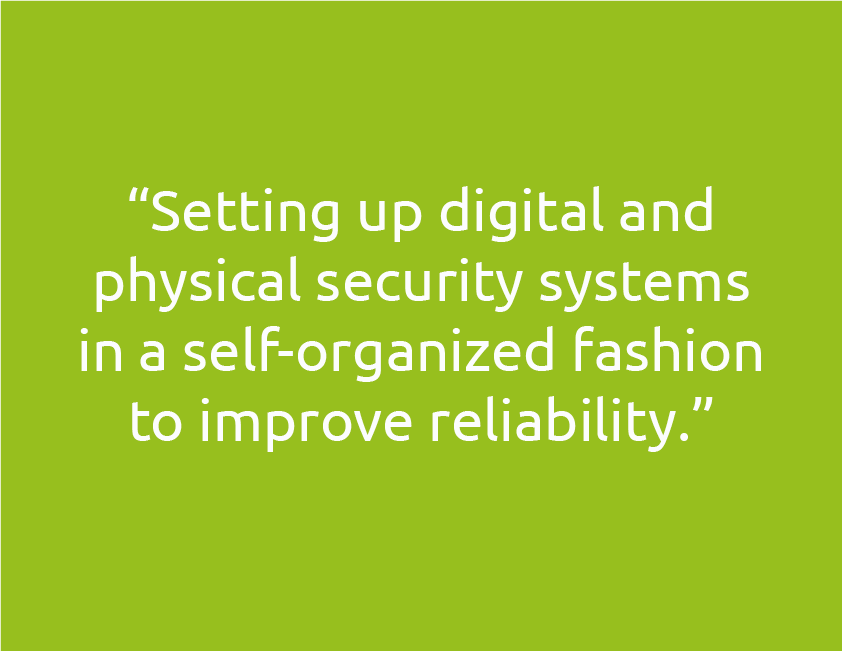 Secure systems generally have redundancy built in to some extent to ensure sufficient uptime and eliminate single-point-of-failure. We envision taking this a step further; by setting up redundancy in such a fashion that two components overlap each other, they can monitor each other to ensure each component is still performing their assigned duty. A simple example would be two cameras in each other’s line of sight, so that if one camera becomes obstructed or otherwise faulty, the other camera can relay this information. Furthermore, individual components set up in this way can collaborate more effectively as well, such as two smoke detectors working in parallel to triangulate the source of a fire in a room or to verify one another’s findings. By harnessing the IoT infrastructure, complex calculations can be shared across components to allow for more in-depth local analysis of data and patterns, leading to better information and situational awareness.

Ensure a continuous image of a situation and how this develops, using any available source of data

Most systems are set up in a way where sensors relay information to a central control system, where interpretation is done by human actors. An example of this is a fire safety installation, which shows the status of a building using lights per room or zone. However, the system itself could also already perform an analysis of the situation to see how it will develop, such as tracking the direction a fire spreads through the measurements of multiple sensors in adjacent rooms. Finally, instead of relying merely on internal data sources, the system could also make use of external data, such as data from fire safety installations in adjacent buildings, or city disaster feeds on Twitter or other social media. This improves situational awareness and can lead to faster and better response to a crisis or incident.

Train algorithms to be critical and robust in uncertain situations

As a logical result of the preceding action line, each source – whether internal or external – should be examined critically, and the information it provides should be validated by other sources where possible. During a crisis, human information sources might contradict one another, and digital sources could become corrupted or be altogether unavailable. We envision a smart system which dynamically processes and weighs information; instead of sounding an alarm once there is a critical violation, sensors or human actors could already be mobilized when a single anomaly is detected, with the goal of identifying whether it should be a cause of alarm. This information then needs to be weighed against the potential cost of a false-positive (such as a building-wide evacuation alarm) or false-negative (such as a dangerous gas leak which goes undetected), to minimize costly mistakes based on uncertain predictions. Algorithms need to be trained to scrutinize incoming reports in a similar fashion as a human operator would.

Almende aims to facilitate innovation. Click on one of the tiles below if you wish to learn more about one of our security projects.

An architectural and process platform for the development of secure large-scale IoT.

Developing IoT systems that are self-managing and self-healing.

Toolset for companies that enables detection of fraudulent activities on the dark web and clear web.

Using a swarm of expendable drones to detect dune fires.

#thegov_search_63d4d56d03048:hover { color: rgba(33,33,33, 1) !important; }
We use cookies on our website to give you the most relevant experience by remembering your preferences and repeat visits. By clicking “Accept All”, you consent to the use of ALL the cookies. However, you may visit "Cookie Settings" to provide a controlled consent.
Cookie SettingsAccept All
Manage consent

This website uses cookies to improve your experience while you navigate through the website. Out of these, the cookies that are categorized as necessary are stored on your browser as they are essential for the working of basic functionalities of the website. We also use third-party cookies that help us analyze and understand how you use this website. These cookies will be stored in your browser only with your consent. You also have the option to opt-out of these cookies. But opting out of some of these cookies may affect your browsing experience.
Necessary Always Enabled
Necessary cookies are absolutely essential for the website to function properly. These cookies ensure basic functionalities and security features of the website, anonymously.
Functional
Functional cookies help to perform certain functionalities like sharing the content of the website on social media platforms, collect feedbacks, and other third-party features.
Performance
Performance cookies are used to understand and analyze the key performance indexes of the website which helps in delivering a better user experience for the visitors.
Analytics
Analytical cookies are used to understand how visitors interact with the website. These cookies help provide information on metrics the number of visitors, bounce rate, traffic source, etc.
Advertisement
Advertisement cookies are used to provide visitors with relevant ads and marketing campaigns. These cookies track visitors across websites and collect information to provide customized ads.
Others
Other uncategorized cookies are those that are being analyzed and have not been classified into a category as yet.
SAVE & ACCEPT